MP Hardcastle: “China's organ-harvesting industry developed in tandem with its systematic repression of Falun Gong” MP Cheryl Hardcastle, as vice-chair of the Subcommittee on International Human Rights, stated in the debate on December 10, “... the subject of black market organ harvesting is not a new one. Indeed, Bill S-240 is the fourth iteration of a bill that has been through many parliaments. These bills were written largely in response to credible and appalling reports concerning organ harvesting in China.” “The Subcommittee on International Human Rights has studied the issue of organ harvesting in China numerous times and has issued at least two lengthy reports and a number of statements. The reports discuss in gruesome detail the establishment within China of an actual organ-harvesting industry.” “According to testimony that our subcommittee heard on November 3, 2016, China's organ-harvesting industry developed in tandem with its systematic repression of Falun Gong.” MP Hardcastle said that her party, the New Democratic Party (NDP), supports Bill S-240. “As this is the fourth bill on organ trafficking in 10 years, the NDP calls for cross-party co-operation to ensure the swift passage of Bill S-240 and for this issue to be finally taken seriously. In addition to supporting this initiative, more should be done to encourage ethical, safe organ donation domestically." “Canadians contribute to organ trafficking primarily through a phenomenon called transplant tourism. It is the most common way to trade organs across national borders. Recipients travel abroad to undergo organ transplants and there is currently no law in Canada against this practice.” S-240 Prevents Canadian Citizens from Violating Human Rights Overseas MP Hardcastle also said, “... it is generally wise to leave the prosecution of those crimes to the state where they took place. However, the normal practices should clearly not apply in cases where the local government is indifferent to, is unable to respond to, or is directly facilitating a grievous violation of fundamental human rights.” “In such cases, Canada can and must prosecute Canadians who go abroad to abuse human rights. Human rights do not apply any less to human beings in other countries. Nation states provide the practical framework through which rights are generally identified and preserved, but this should not be an excuse for allowing their own people to be complicit in grievous violations of human rights.” MP Jamie Schmale said on December 10, “This bill, as members may know, would make it a criminal offense to receive an organ taken without the consent of the patient. This issue is morally clear-cut, and I think all speakers have agreed to that basic idea.” He also pointed out that when an organ transplant can be scheduled as in China, it means that someone is being killed for the organs. He said that the bill, if passed, could help doctors dissuade their patients going the route of organ tourism.

happen again, but it happened again! Martin stressed that we must find out the facts and face them. Veceric from Slovenia was appalled to hear about the CCP's organ

I lost my diamonds in minecraft pls help me

Feedback from Organ Transplant Experts Louis, a surgeon from Belgium, said he had watched a documentary called Human Harvest, which exposed the CCP's atrocity – organ harvesting. He was shocked by the evidence. He said that organ seizures in China had been commonly known in the organ transplant field, but there were no statistics. He was happy to also receive a detailed report on investigation findings and thought it was very valuable. He planned to read it carefully. Steffen, a leader of an organ transplant center in Germany, said he thought China would stop the practice after 2015, because the Chinese doctors in training at his center had told him that they didn't have anything to do with organ harvesting from prisoners of conscience. Steffen said that thinking back made him understand this simple logic: If no organ harvesting had existed after 2015, it would be absolutely impossible to have a growth of 10,000 transplants each year according to China's official report. However, it is believed that the actual number must be much higher. Vihaan, a surgeon from India, said that patients in India could legally purchase kidneys as long as they had legal documents. A COHRC representative told him that the situation in China was different from organ trade because it was a state system utilizing state organs including the military, armed police, prisons, hospitals, and medical professionals. Vihaan was surprised by these facts, and asked what he could do to help stop it. The COHRC representative said legislation could ban organ tourism, and prevent the training of Chinese organ transplant doctors unless they promise not to use unethical organ sources. Vihaan kept nodding on hearing these suggestions. Tim, a medical professional at the exhibition, talked with COHRC representatives on this issue in detail. He said it was unprecedented and very serious. He planned to read the report, and tell his colleagues about it. He expressed his admiration for Falun Gong practitioners who follow the principles Truthfulness-Compassion-Forbearance and peacefully resist the persecution. He wanted to find out more about Falun Gong too. Gaia, a researcher of organ transplant from Greece, said she used to have doubts about organ harvesting when she first heard about it, but she was surprised by the detailed research findings. She kept talking about it with her colleagues. She told COHRC representatives that this was a matter for the whole world, and she wanted to bring the latest report to her university and hospital. Brian is the manager of a large American medical instrument company. He said that China had bought part of his company and his company had sold equipment to several Chinese organ transplant hospitals. Brian wanted to learn more about the CCP's organ harvesting. He also had doubts about his company's decision. He said most of the representatives would probably quit if they knew their Chinese customers were involved in organ harvesting. Martin, an organ transplant surgeon from the U.K., said that organ harvesting was an issue of basic humanity, and highlighted the parallels between the Chinese doctors and Nazi doctors from WWII. Martin said that we humans shouldn't repeat our mistakes, and after World War II, we had said no such thing would happen again, but it happened again! Martin stressed that we must find out the facts and face them. Veceric from Slovenia was appalled to hear about the CCP's organ harvesting crimes, but she said she knew the evilness of the Communist Party, because the people in her country had lived under a communist dictatorship, and were persecuted too. She sincerely hoped the Chinese people would eliminate the Communist Party and return to freedom soon! 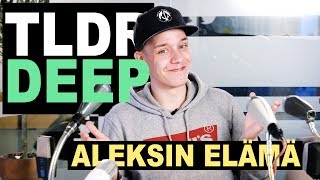 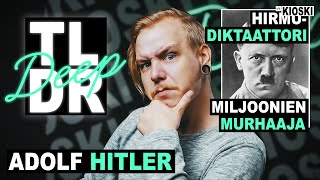 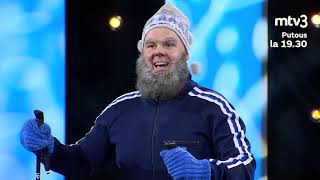 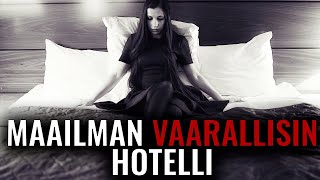 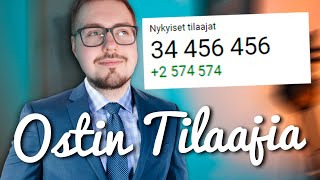 ASMR | Drawing and Tapping RIGHT ON Your Face